Doppelgängers share strikingly similar physical characteristics — they look so alike that, at times, these two unrelated people could easily pass for twins (or, at least, siblings). While they have been the subject of superstition and urban legends, many of us may never have a chance to meet someone who looks just like us.

A 2015 study estimates that there is only a one in a 135 chance that a pair of complete doppelgängers exists in the world, of course the chances becomes more likely for people who look alike. But thanks to the internet, finding a someone who looks like you have become so much easier. Many people have even found look-alikes of many celebrities. And because of the web and the rise of facial recognition software, it’s made it easier than ever for researchers to track down and study doppelgängers.

It may seem obvious that people with similar facial features would also have some of the same DNA, but no one had scientifically proven this, until now. Now, new research suggests that doppelgängers have more in common than meets the eye. People with very similar faces also share many of the same genes and lifestyle traits, according to a new paper published Tuesday in the journal Cell Reports. The researchers recuired the help of a photographer who tracked down 32 pairs of look-alikes and examined their genetic material. It turned out that most of them shared similar DNAs.

The researchers noted that their work wouldn’t be possible without facial recognition becoming more commonplace. Dr. Daphne Martschenko of the Stanford Center for Biomedical Ethics said that the research has large implications in forensics. There are well-researched links between DNA and behavior. Establishing the link between facial features and DNA can help forensics in the future. However, she cautions that society needs to thoroughly reflect on its implications.  “We’ve already seen plenty of examples of how existing facial algorithms have been used to reinforce existing racial bias in things like housing and job hiring and criminal profiling,” Dr. Martschenko told the New York Times. She says the study “raises a lot of important ethical considerations.” 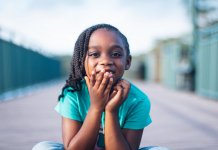 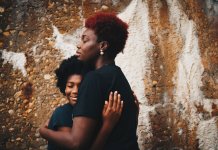 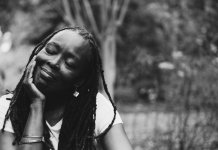 The Problem with Being Black and Pregnant

In Style | Fashion Through the Decades